The grape starts its annual growth cycle in the spring with bud break. In the Northern Hemisphere, this stage begins around March (late April/early May in Norther Nevada) while in the Southern Hemisphere it begins around September when daily temperatures begin to average 50 °F. If the vine had been pruned during the winter, the start of this cycle is signaled by a “bleeding” of the vine. This bleeding occurs when the soil begins to warm and osmotic forces pushes water, containing a low concentration of organic acids, hormones, minerals and sugars, up from the root system of the vine and it is expelled from the cuts (or “wounds”) left over from pruning the vine. During this period a single vine can “bleed” up to 1.3 US gal. 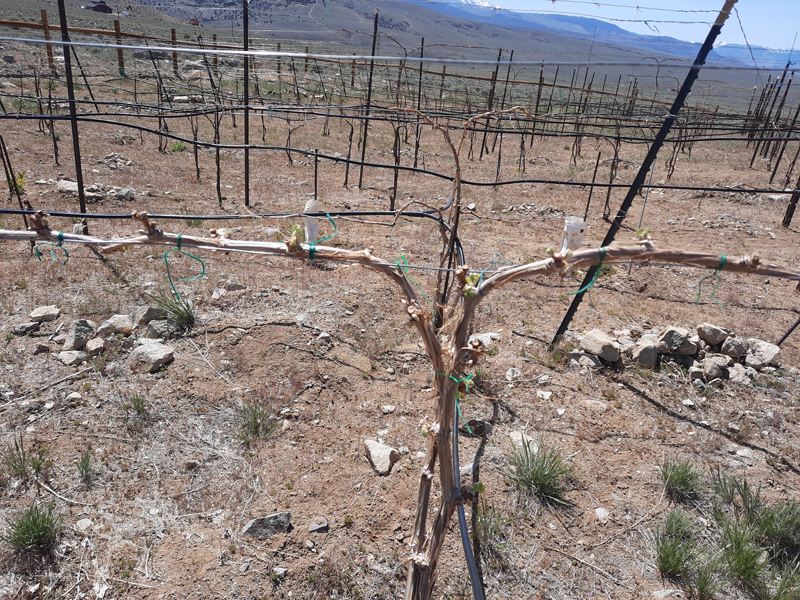 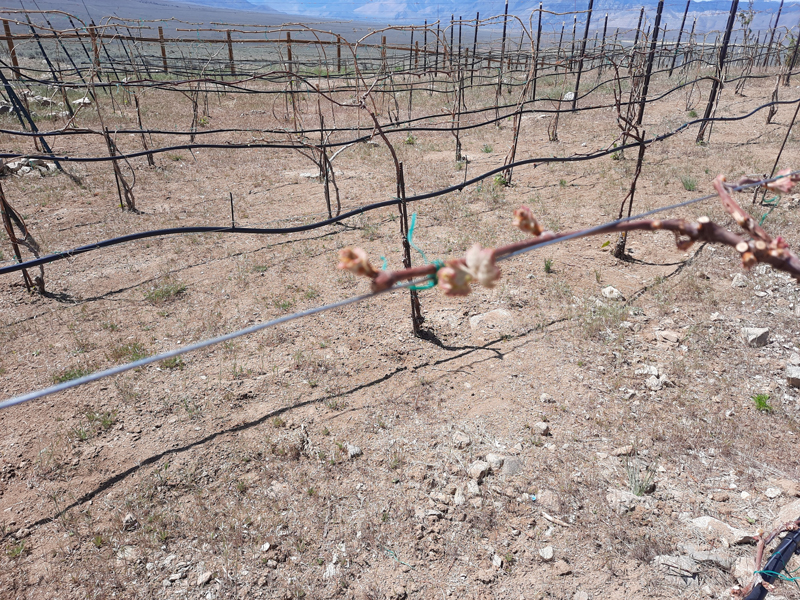 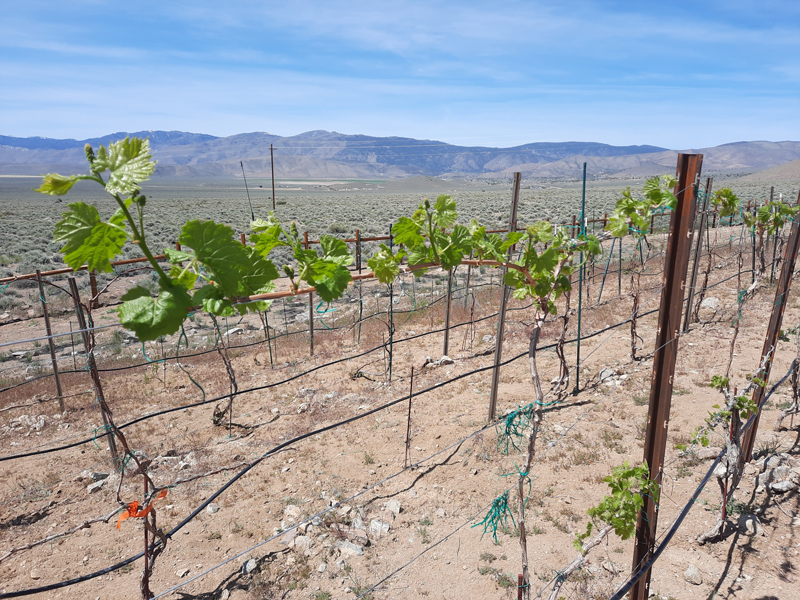 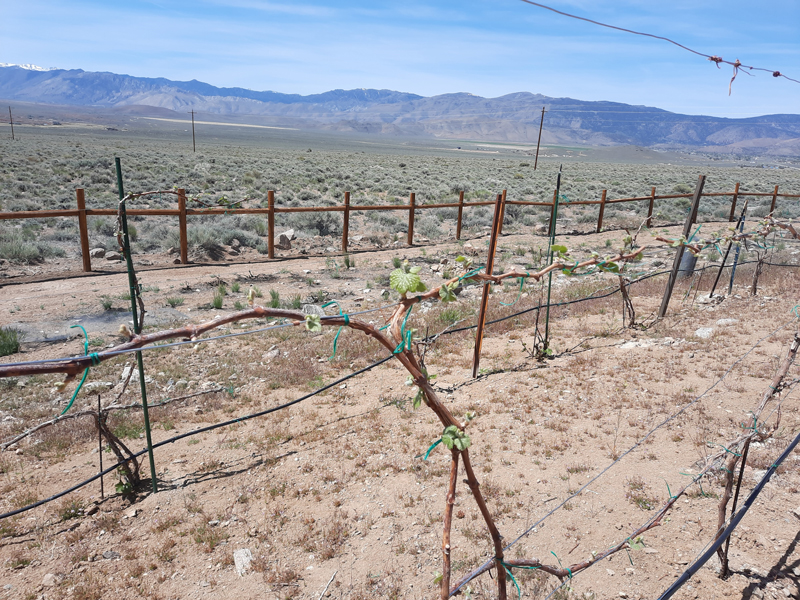 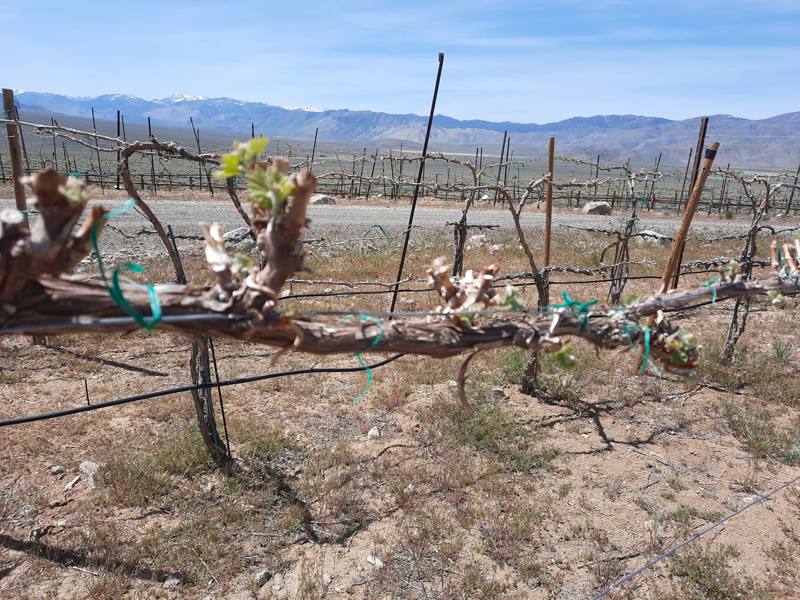 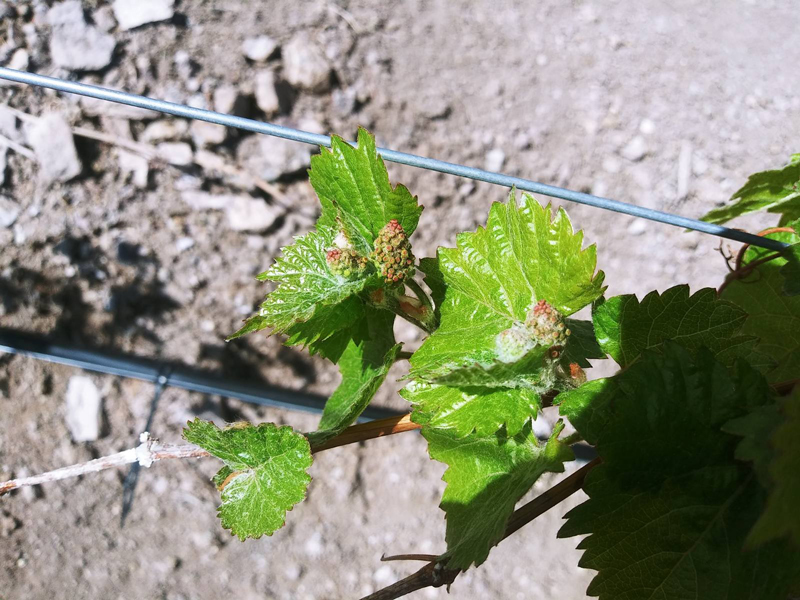 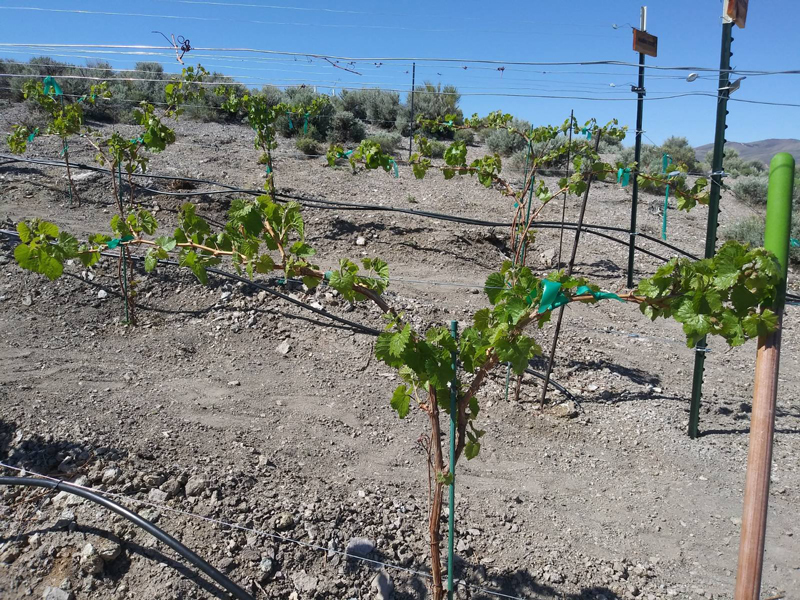 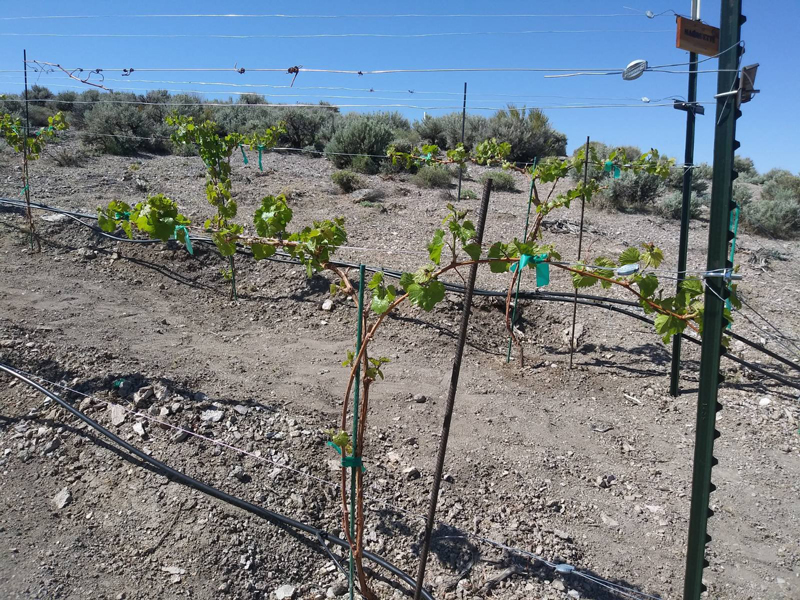 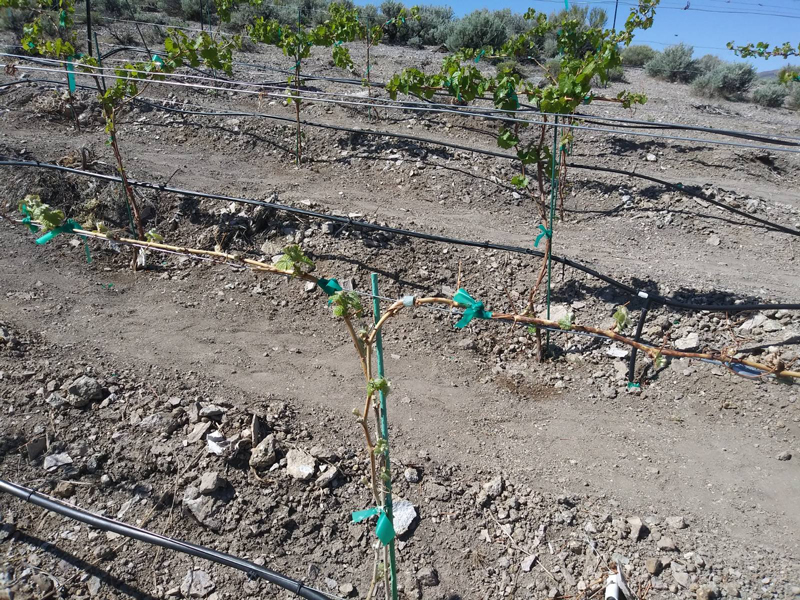 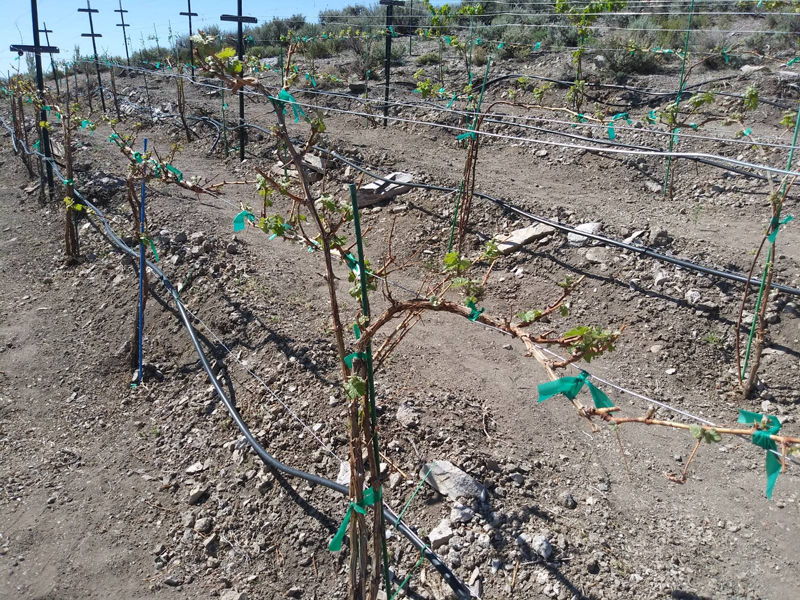 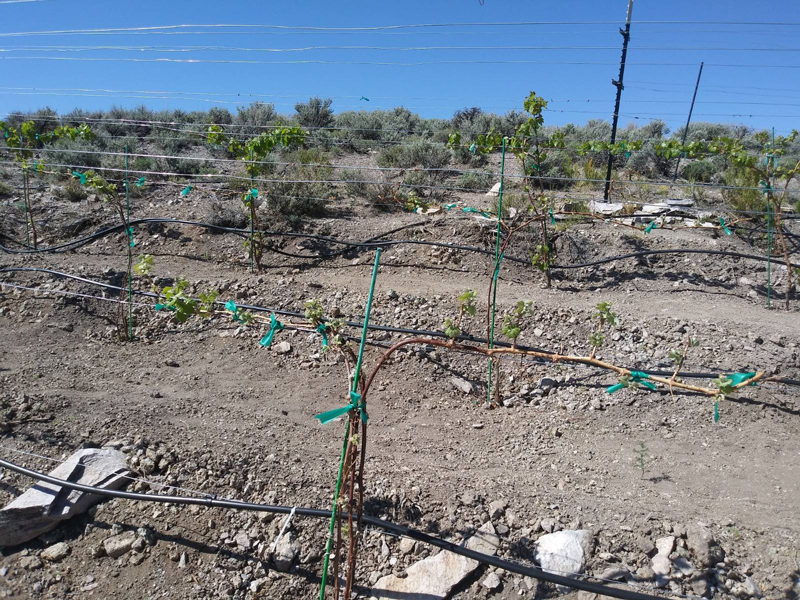 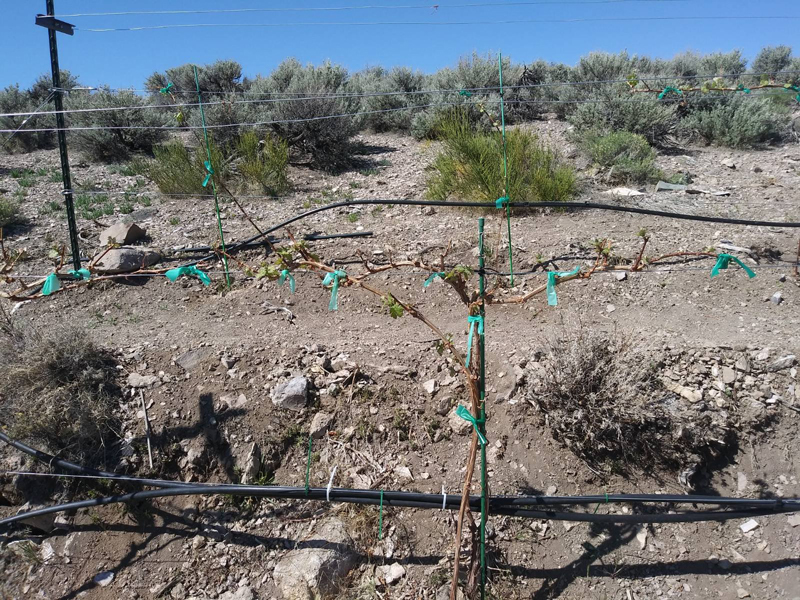 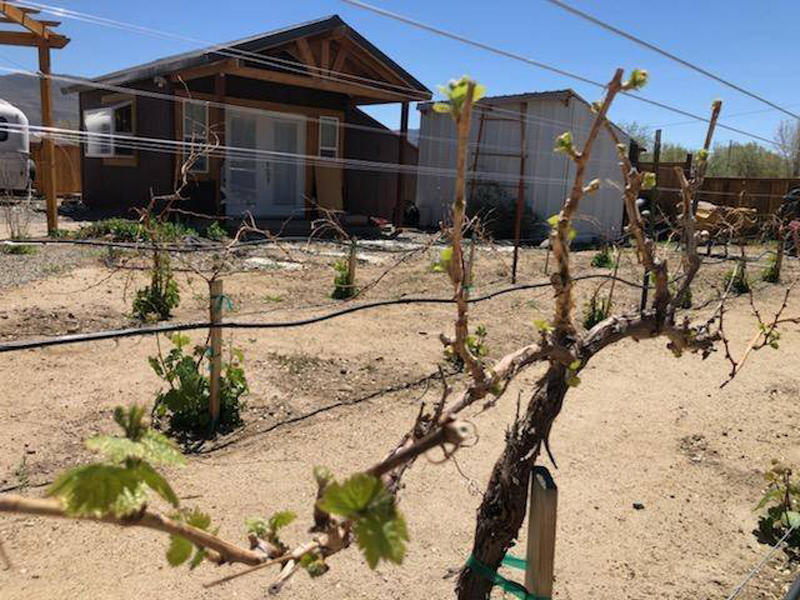 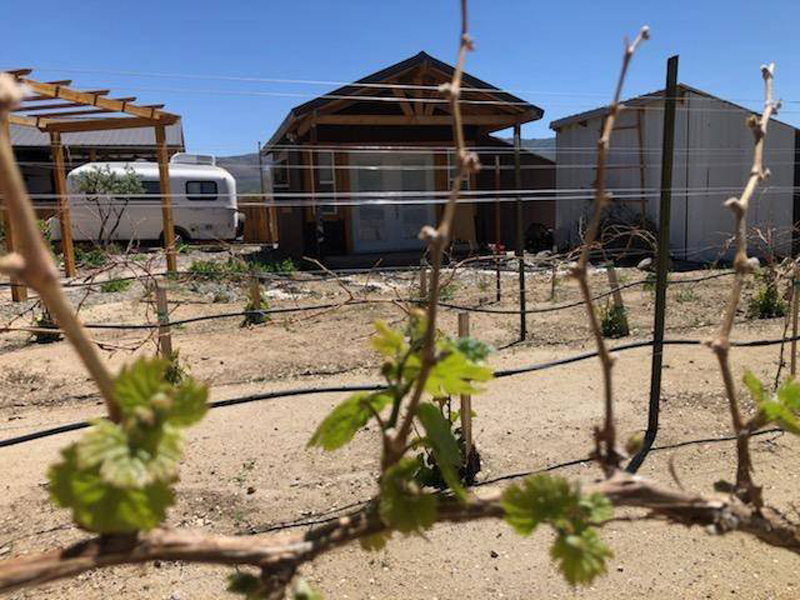 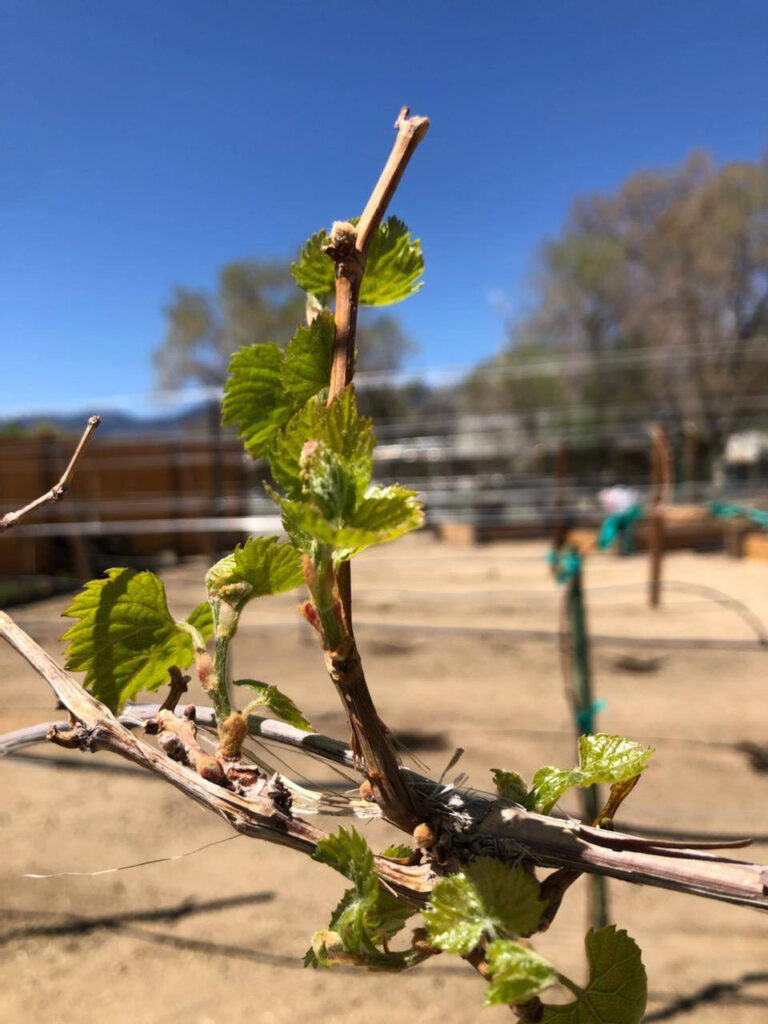